Out of Soilmade from soil / not having soil

The Out of Soil project brings to attention the correlation of land use, farmers’ rights and the global loss of fertile soil.
It examines these different aspects and blends play and politics, performance and participation.

The Soil Press Station is a live print shop, discussion forum, geography class and registration point. Instead of regular name tags, people receive their personal soil profiles. The Soil Stamps resemble food stamps, thus reminding us that food can only be produced in exchange for other resources. They are stamped according to what people consume in a day. The Out of Soil Map (“Who has the right to land?”) illustrates the issue of large-scale land acquisitions. 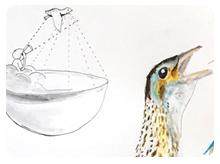 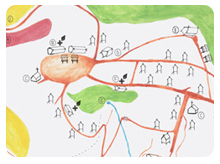 Stories from the Hills: Tales of the Lowland

In this project, we look at the relationships and dependencies between the farmers in the hills of Thailand and the people of the urban lowland… MORE 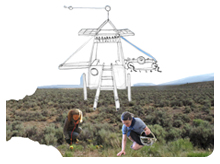 Ethnobotanical Station draws upon a rich and culturally diverse lineage of knowledge to study the complex relations between plants and humans. Through an inventory of distinctive tools, exemplary specimen and mappings the project presents new ways to preserve this knowledge and relate to the plant life around us… MORE 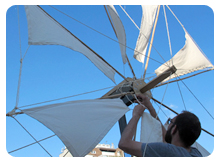 A process of enabling the ecosystem to rebuild itself as a wetland while also cleaning the water of its toxins. MORE 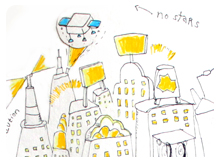 Our energy distribution infrastructures are clumsy, spilling off large amounts of energy as heat, light, and vibration in the process of delivering their goods. How might people literally plug in to surplus energies that they’ve accumulated, powering their own objects or feeding a local micro energy network? MORE… 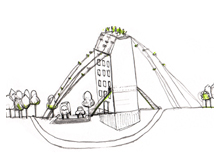 The Wunschgarten is a celebration of the city’s wild features and creatures, and a vision of utopian measures that reach beyond existing mitigation schemes and municipal green-space planning. MORE… 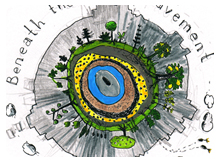 Beneath the Pavement: A Garden

This project considers biological forms and how they relate to political and social systems. It looks at the potential of a small plot of land to tell social and political stories, deconstructing systems, propagating them and watching them grow, pollinate and die. It’s a temporary, experimental school bringing together a range of practitioners to engage in exchange and co-production of a garden. MORE… 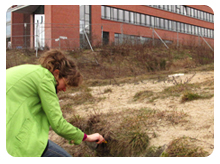 Micro Turf is a project and process, where we survey parking lot ecosystems, abandoned infra-structures, trade routes, and micro habitats of Berlin by dissecting the fringe-ecologies within the city. Analyzing ecological succession, the expedition collects samples, maps wildlife, illustrates the topography, detects seismographic data, and observes the micro-climates to create models of future urban habitats. MORE… 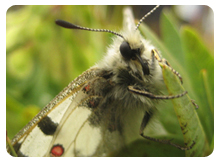 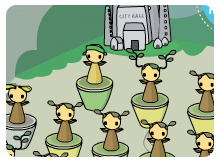 F.R.U.I.T. Exploring your city and its connection to the world via fruit

Our food is travelling to reach us, and the environmental costs of these journeys are adding up. F.R.U.I.T. researches why we don’t know where our food comes from, with reports on local food movements, proposals for agriculture in cities and offers a platform for online demonstration. MORE… 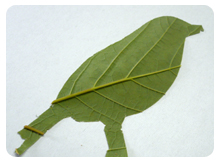 Cities become a refuge to wildlife, often providing better conditions and niches than surrounding agricultural landscapes. Berlin has become the city of nightingales and is a home to about 30 000 species of plants and animals. The co-existence of people and wildlife needs rethinking as we share the same resources, spaces and services. MORE… 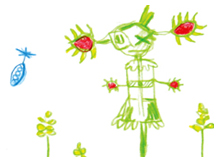 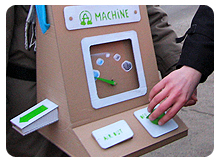 The city of Sibiu in Romania is heavily exposed to air pollution, caused by the transit of goods from the south-east to the west of Europe. As Airconomists, we set up a mobile air quality sensing station and street poll, asking residents to vote between economic benefits and air qualities. MORE… 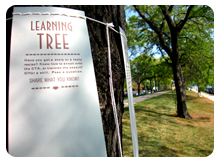 Through the Learning Tree leaflets, people of Chicago’s Midway Plaisance, Eaglewood and Woodlawn districts were asked to share what they know with their neighbours. Fragments of knowledge, expertise, and identity within the community became locally published, such as cooking recipes, chemical formulas or tree information for the benefit of other passersby. MORE… 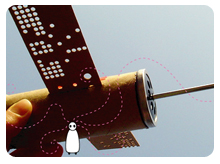 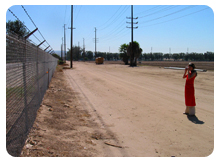 El Toro, a former military base in Orange County will become the biggest public park of the United States.
Proposals, stories, surveys, research, and simulations on the future of this land and its possible transformations. MORE… 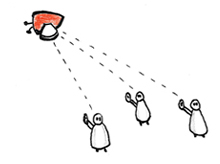 This is a concept where people offer the idle time of their cell phones to compute changes in global climate. Together with an additional information service for posting wishes, they can stay in touch with events related to global warming. MORE… 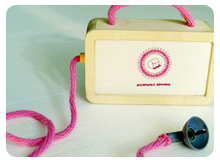 A set of three radios allow for hunting the waves of the whole radio spectrum from the comfort of one’s home. MORE…